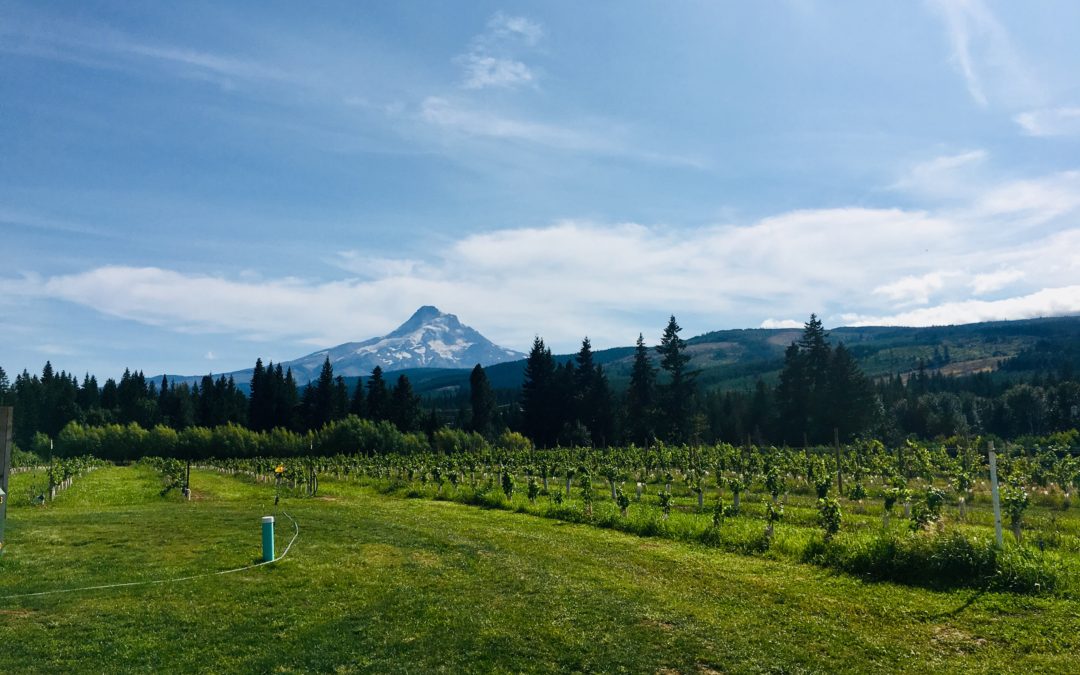 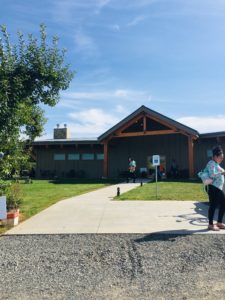 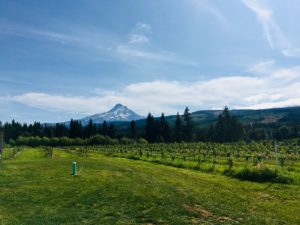 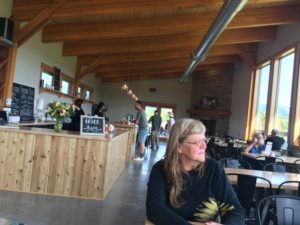 A beautiful drive about an hour and a half east of Portland Oregon brings me to the 30+ farmstands, lavender farms, wineries, orchards and the like that compose the Fruit Loop of Hood River.  This is a place for families, couples and whoever enjoys beautiful scenery and seeing and learning about places where  good things grow and are produced in this wonderful nation of ours.  Kids can take a ride on a trolley pulled by a tractor through an orchard at the Fruit Company, pet llamas, pick berries or apples and so much more. It’s a favorite place for me to visit on a sunny afternoon and many of the stops on the loop,  like Mountain View Orchards and grateful winery, Kiyokawa Family orchards, are wheelchair friendly. 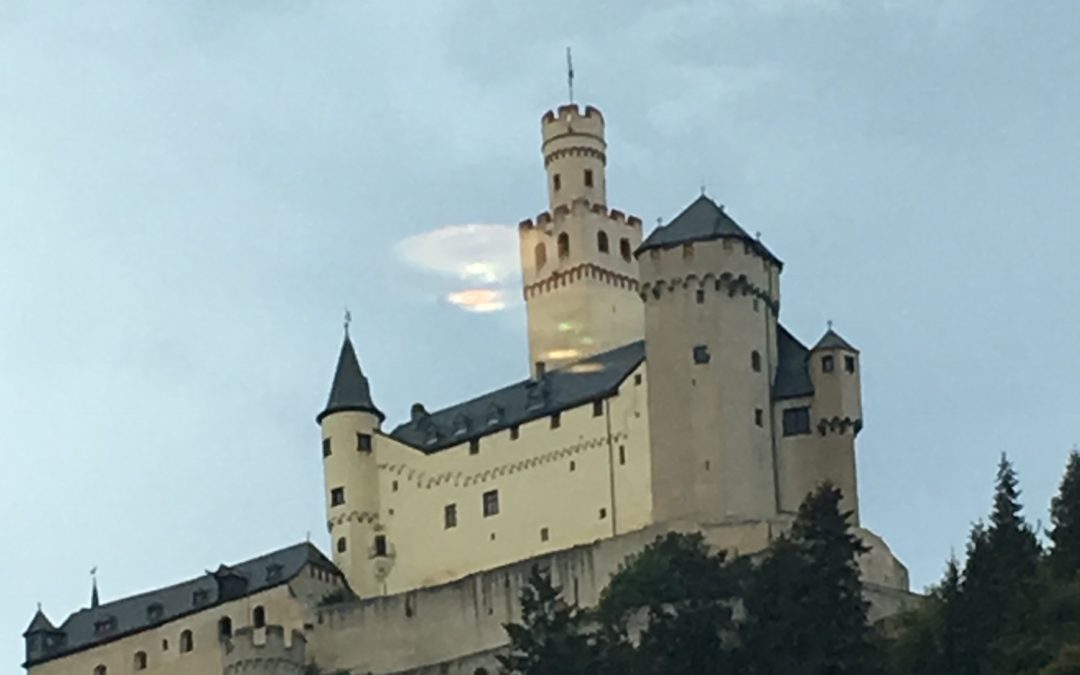 Tips on how to plan your own successful accessible trip on a budget. 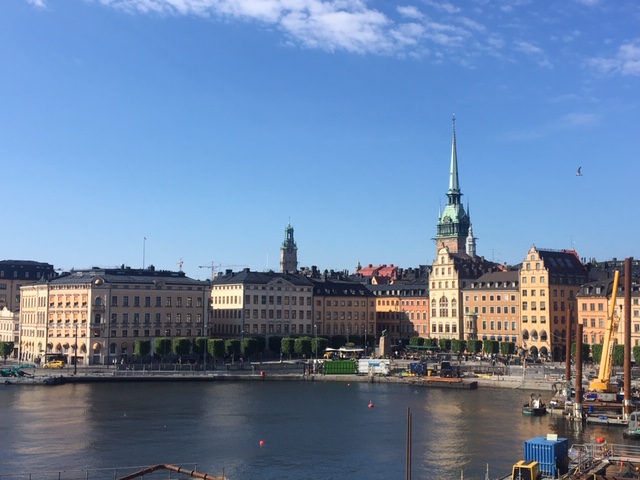 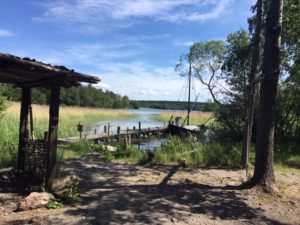 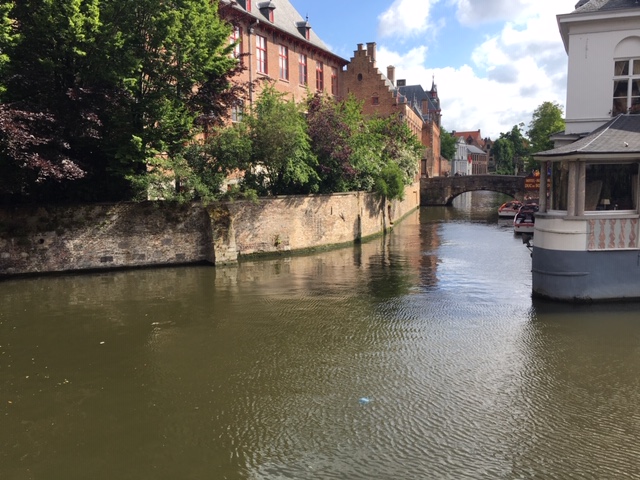 We rolled into Antwerp Central Station which is an absolutely gorgeous 1800s train station. We walked across the street to our hotel, the Hampton Inn Central station. Excellent choice, excellent accessibility and excellent location. We spent the next couple of days walking down the main street, just around the corner, in the midst of all of the diamond shops and chocolate shops and cafés full of great Belgium beer. This area is also very flat and easy to wheel. We found a park a few blocks away as well with packed dirt trails where I could wheel easily. Our Lady of Antwerp cathedral was very beautiful inside and out and the buildings in general had intricate architecture. Great place for a few days stay.

We set off for Brugge (in French and Bruges in Dutch) by train which is just an hour and a half north west. Bruges is much smaller. We stayed at Martin’s Bruges hotel which is very nice and accessible and right at the edge of the main town square, behind the UNESCO belfry. There is something very unique about the architecture in Bruges. I was told that it was influenced by Romania. I’ve never seen anything quite like the edging on the rooftops. It made me feel like we were in a different century. I signed up for a private walking tour through Viator.com. Our guide took us throughout the city along cobblestone streets to historic places like the cathedral, a palace, and a Beguinage and explained a lot of the history which I found quite interesting. There are loads of cafés and chocolate shops all throughout Bruges and the chocolate is excellent!

It was not that easy to find a wheelchair accessible toilet so I had to come back to the hotel which had great access. Also, I used a freewheel because in some places the cobblestone was pretty bad. 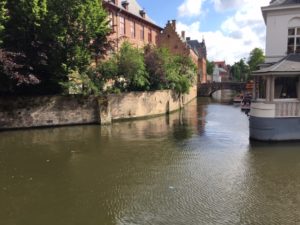 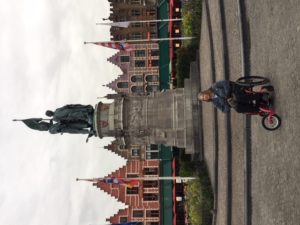 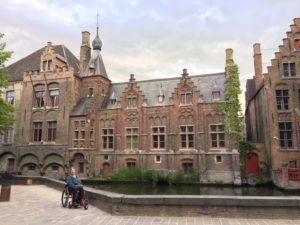 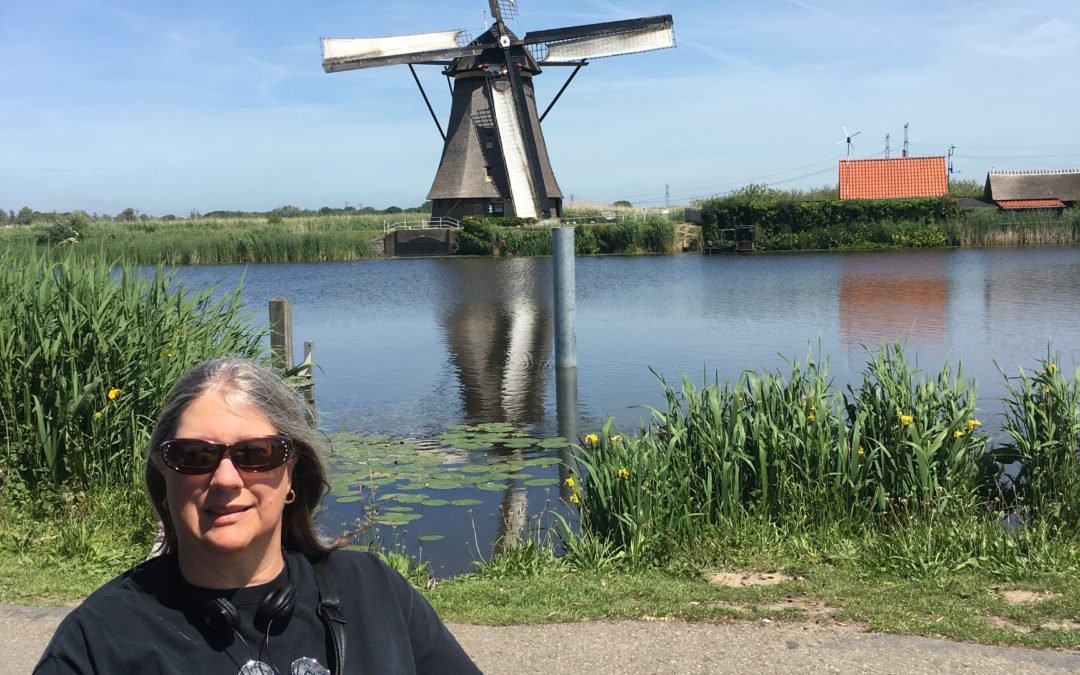 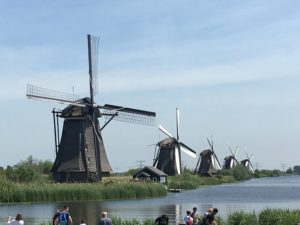 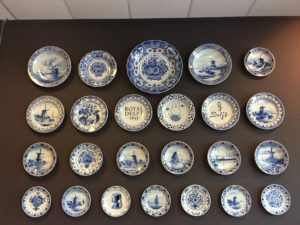